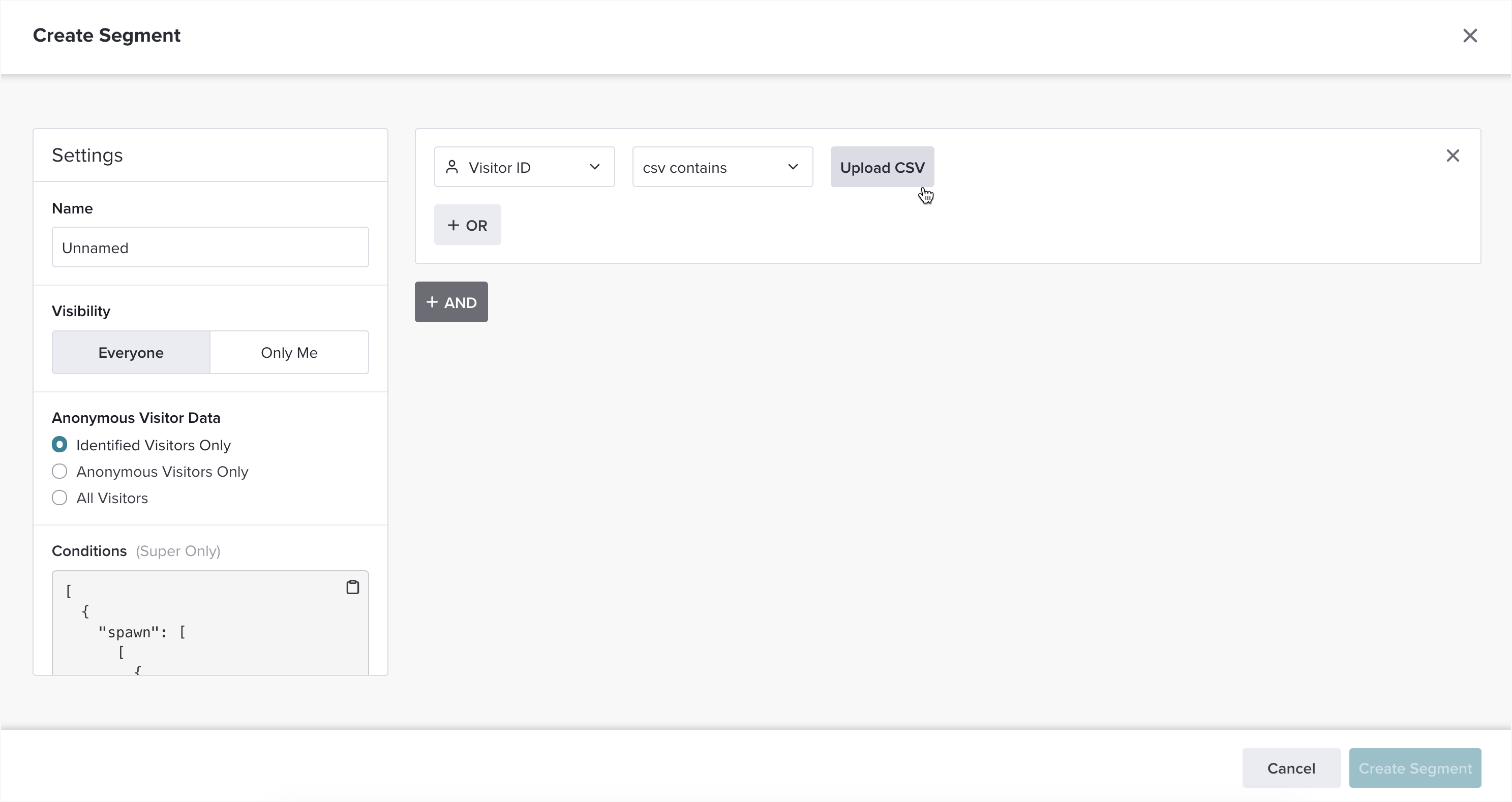 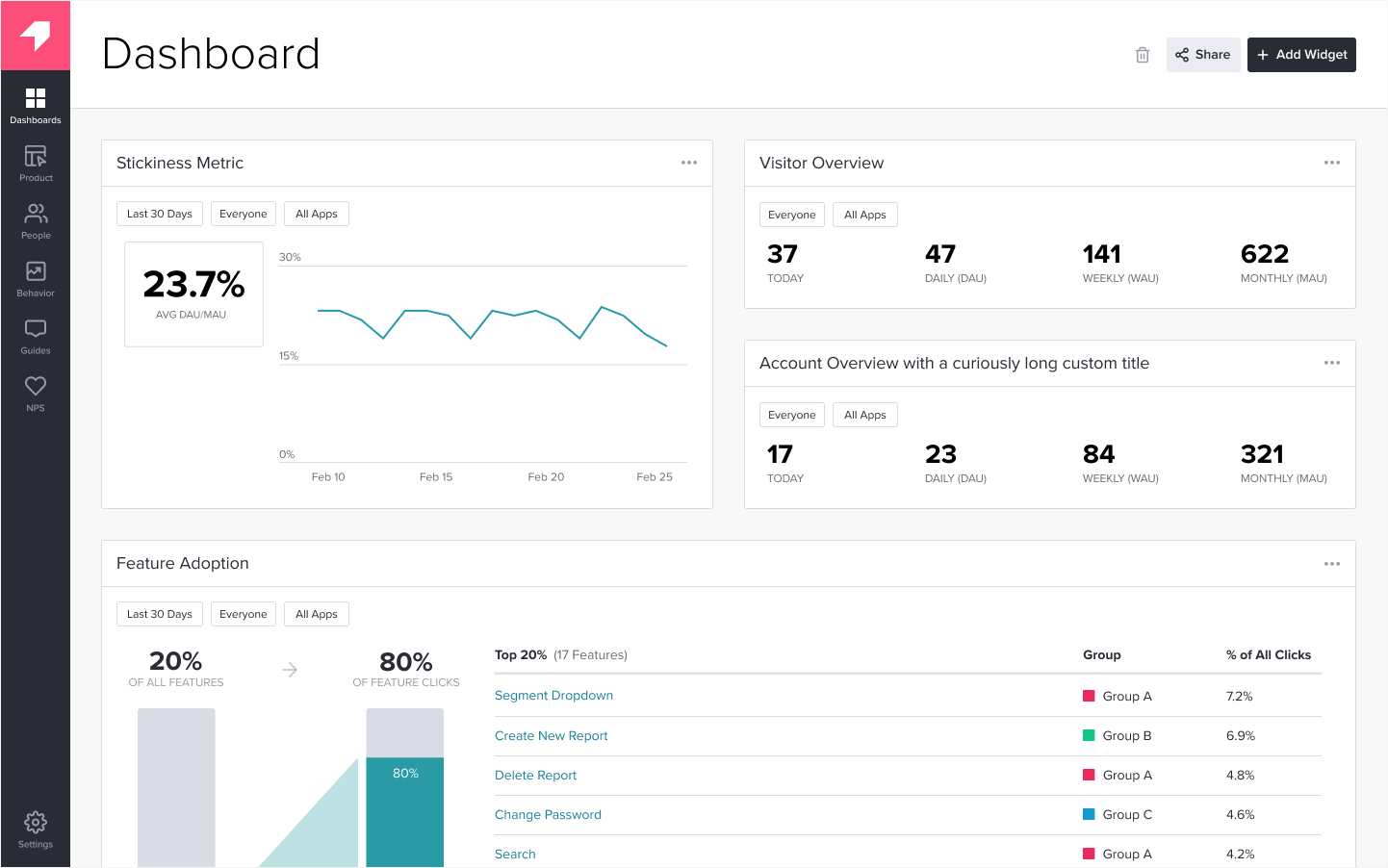 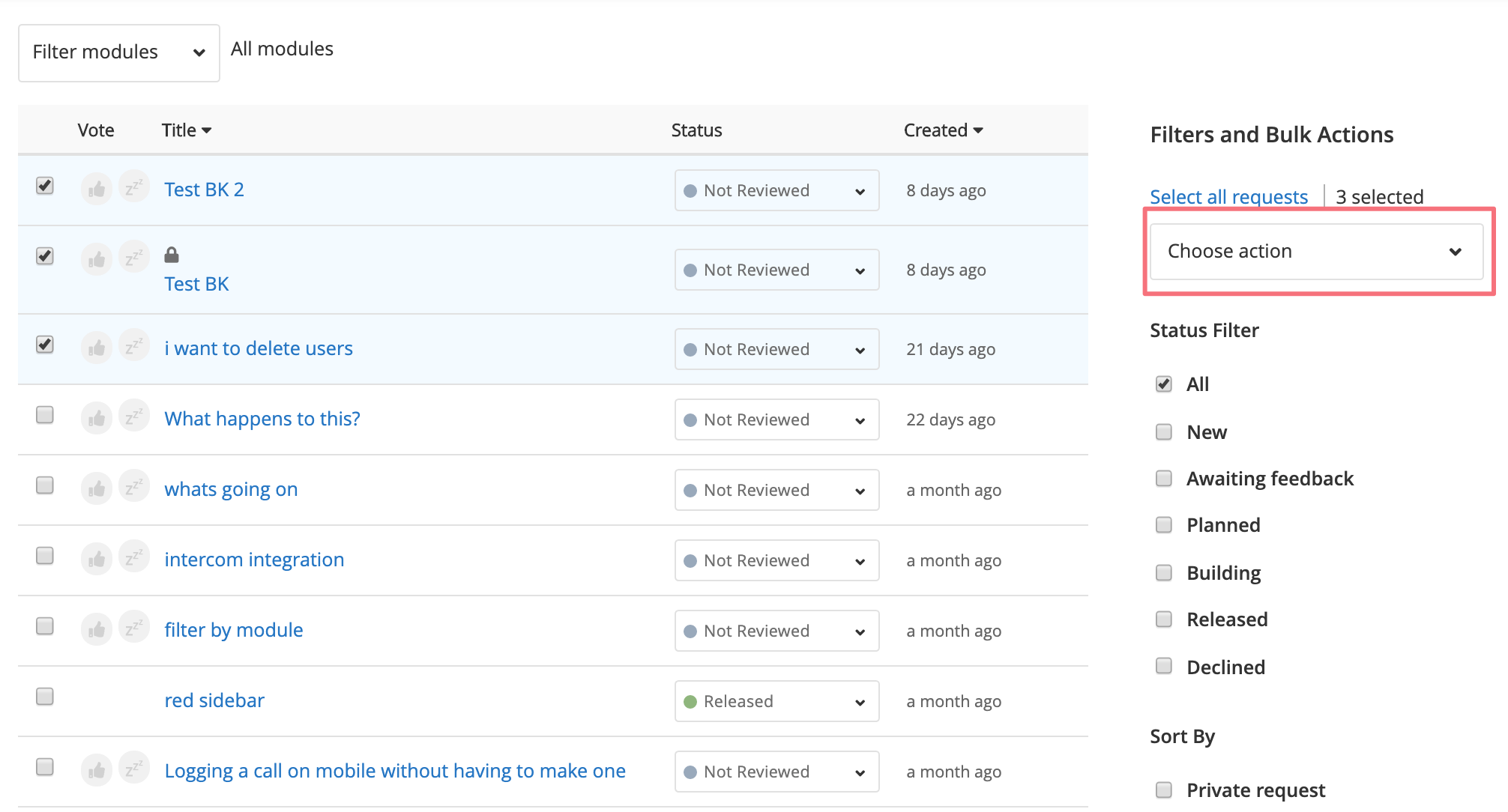 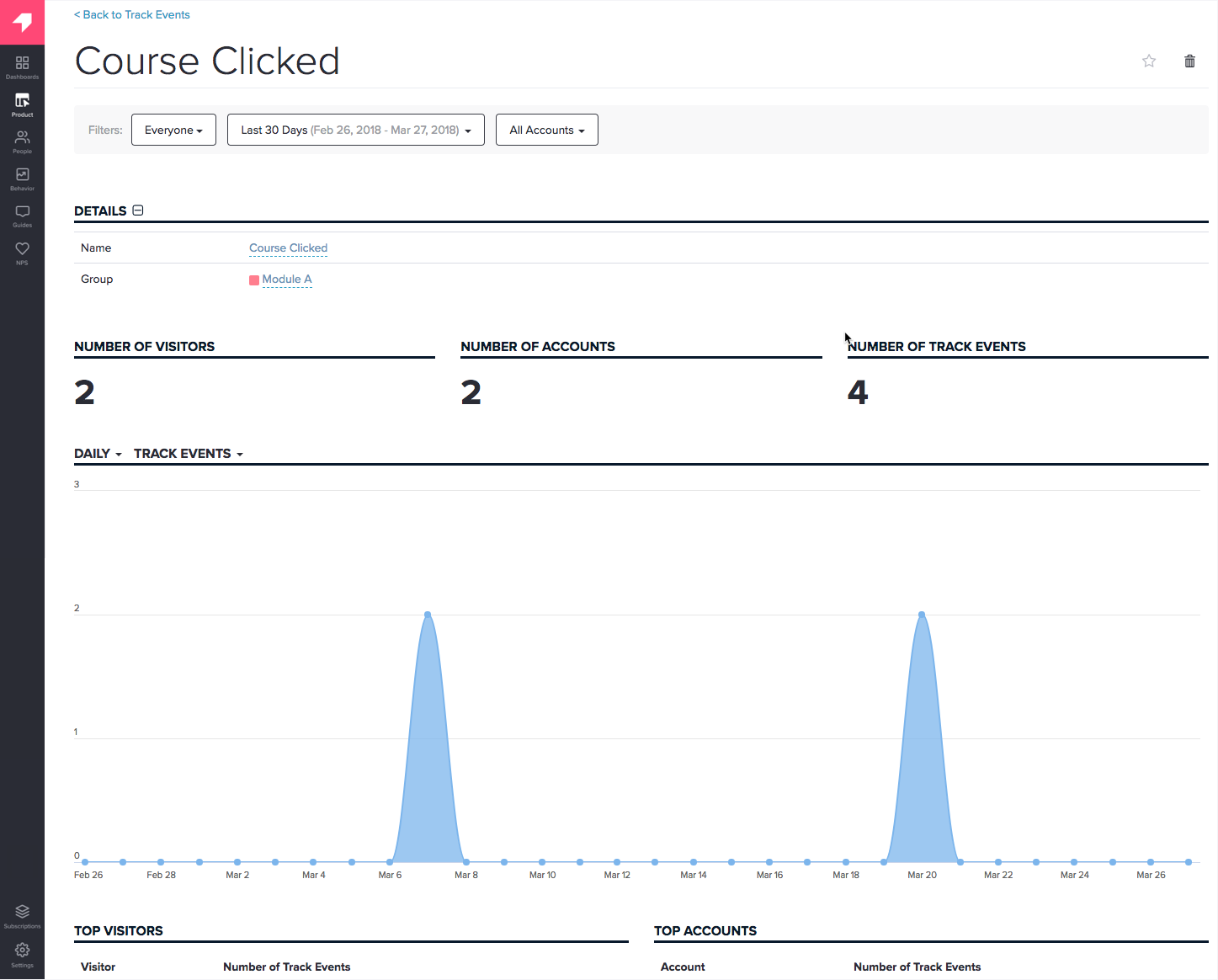 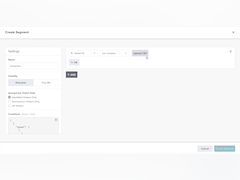 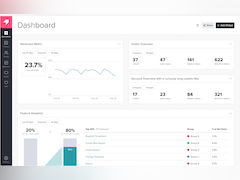 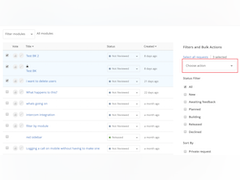 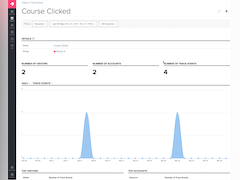 We now use it across several products in the MailUp Group (https://mailupgroup.com). For example, beyond using it for product analytics, we were able to stop using other applications for both in-app guides and NPS tracking, and we now use Pendo for that both in MailUp (https://www.mailup.com) and BEE Pro (https://beefree.io). It's certainly not inexpensive, but it gives the Product and Product Marketing teams tools that are crucial to their work. So, money well spent in my view.

What's unique and really useful about Pendo is that it combines product analytics, in-app guides & Net Promoter Score tracking, all under one roof. This allows you to show custom messages just to certain audiences (e.g. I see that some customers did not yet try feature ABC, so I show them a Guide to trigger adoption), and see NPS scores for different segments of users (e.g. what's the NPS for customers that never use feature ABC? What's the score for those that use feature ABC all the time?). That provides incredible insights.

First of all let me say that the company has come a long way. Pendo is growing a ton and it shows. They're constantly improving the platform, so we're confident that flaws will be corrected over time. That said, in our experience setting things up takes some time (and the concept of "Feature" is not immediately clear to newcomers: it actually means "UI element"), and until recently there were some annoying productivity issues (e.g. you could not quickly clone a segment, resulting in potentially lots of repeat tasks just to create two similar segment of users: now this has been resolved!). Improvements still need to be made for multi-language applications (e.g. different Guides for different users that speak different languages).

Very good. The team were highly attentive and supportive. Has been a really enjoyable project getting this set up and running with benefits almost immediately.

It is a significant investment, but so many benefits, it is worth it. The software is very easy to integrate with (for standard web apps) to start getting analytics immediately but you do need a role that focuses on this as their day job to drive the most value from it. The guides are easy to set up and flexible too with lots of templates to help get you started quickly. Having worked in product management for over 25 years the discovery of Pendo was a godsend! Wish had discovered it years before.

Works well for standard web apps. If your app doesn't change URL for each page you visit then there may be issues tracking at volume. Not insurmountable but needs more time, thought.

Better interface, so easy to get up and running. Seemed to give us out of the box what we were looking for. Price - still more than we'd expected but competitive against others.
Ike B.
Rapport qualité-prix
0
Fonctionnalités
2
Simplicité
1
Support client
2
1
Publié le 17/04/2017

I've used Pendo a couple times over the period of roughly a year. Both of the time that we tried to deploy an NPS survey on our product we had some significant bugs. The first, we had a Opt Out list that some of our admins requested to be on (they didn't want to receive the survey). Pendo experienced a bug in which our survey in fact was seen by some of those accounts.

This most recent time I've run across some significant bugs and pretty fundamental considerations in UI. Take for instance that Pendo provides no help in the UI to help guide you in whether you are actually selecting the right account to pool into a segment to target or exclude. You have to pretty much get the account character for character exact to how Pendo has in the system. When I try to export the list of accounts from Pendo, modify the list to remove or add accounts and reimport, Pendo fails on any accounts that have a comma in the title (like Company, LLC or Org, Inc.).

Also our survey just decided to not appear out of the blue. Luckily I've jumped in to check our survey frequently and discovered this was the case.

I can't be confident that when I deploy something to our end users that Pendo will behave appropriately. Consider another solution with better history and size.

The UI is modern and appealing

The software is inconsistent, buggy and unpredictable.

As a business, we like to see if customers have completed a certain CTA or a process. Pendo does a great job in both these areas. The Funnels and Features tools help us to analyse if a suer has completed a task from beginning to end and if they have clicked on any CTA buttons on a landing page.

Pendo provides deep insights into how our customers interact with our product i.e. the pages they visit, the features they interact with and the amount of time they spend on our app.

The page URLs tagged by Pendo are case sensitive. So we end up having to tag variations of the URLs that have lowercase/uppercase characters in them

Love having Pendo for analytics AND product feedback. Game changer

I couldn't live without Pendo Feedback now that I've been using it. It makes collecting and organizing product feedback and feature requests so easy and I love how visible it is to the whole organization. I'm the only Product Manager at our company so having tools to help automate and organize product requests for all of our products is a life saver.

I also really appreciate how easy it was to setup usage analytics and how little engineering effort it took. Since it has been setup, I haven't needed engineering for anything related Pendo and can do everything on my own.

No complaints or major issues with their analytics or feedback products.

Pendo was very responsive. At the time we were only looking at analytics. With Pendo Feedback now available, it's even more of a no brainer. Pendo provides everything I need to be successful with regards to usage analytics and product feedback.
Afficher tous les avis