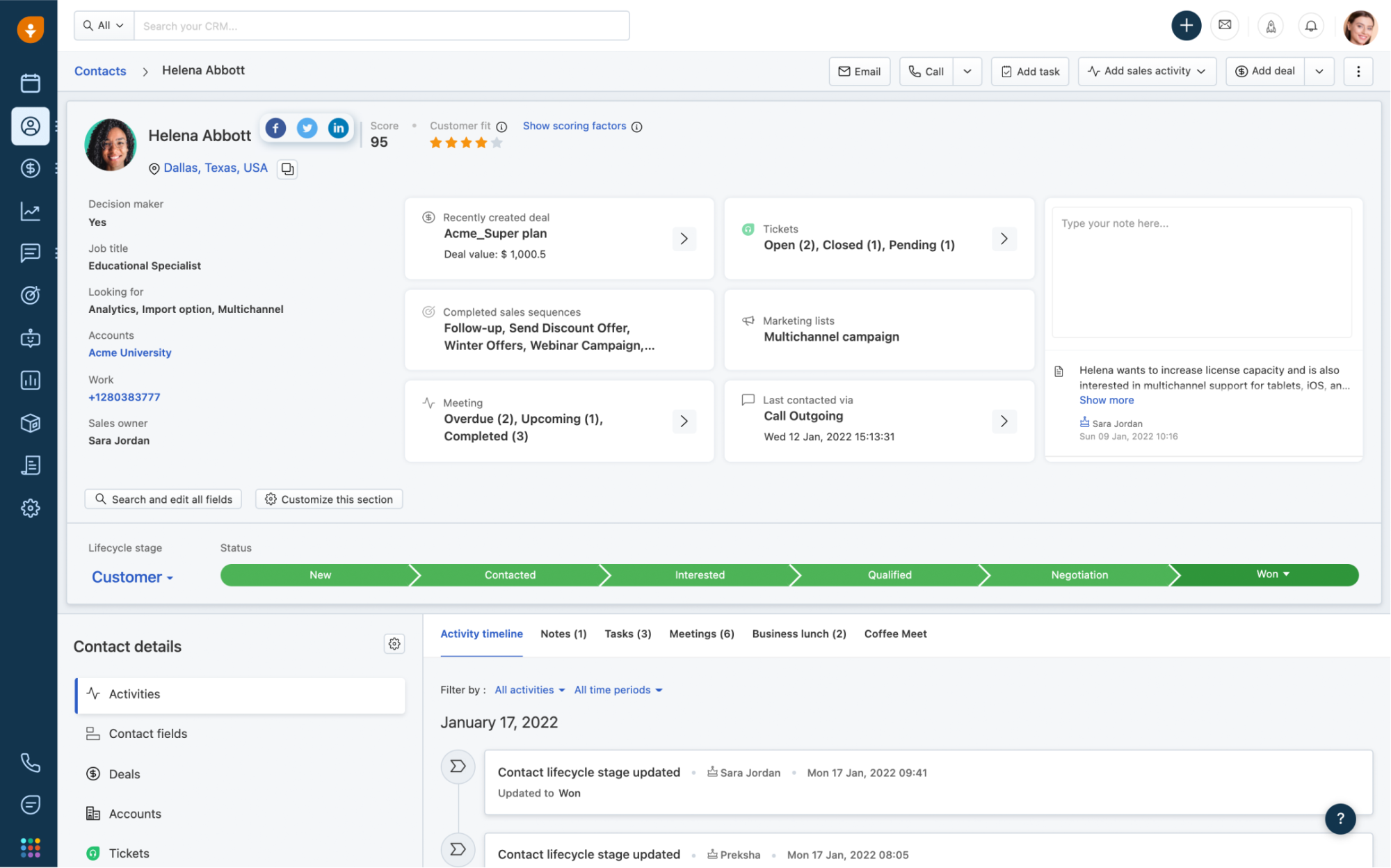 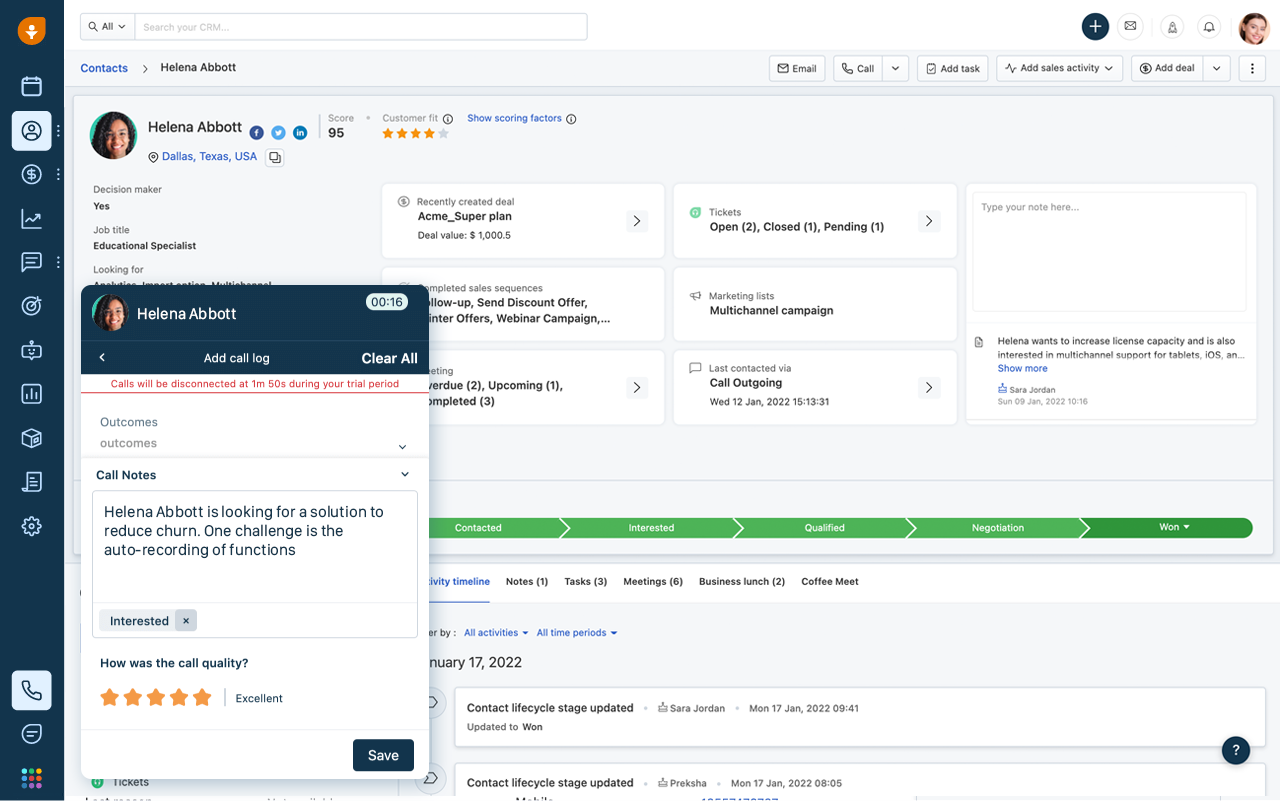 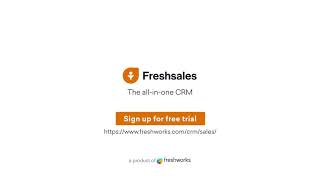 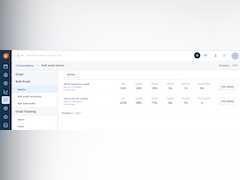 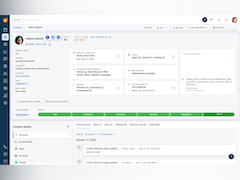 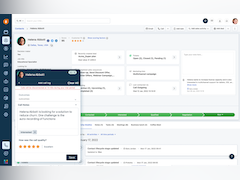 4,8 (144 avis)
NetHunt is a sales automation tool that literally lives inside your Gmail and other Google Workspace apps. With NetHunt...
Comparer En savoir plus

We are too big for no CRM, but not big enough to implement the HubSpot and Salesforce CRMs of the world. We tried those systems thinking we needed the features and analytics, but the spend and maintenance for those systems are too high. Freshsales, Freshchat, Freshmarketer, and Freshdesk make a seriously well priced and powerful system full of the features we need to produce the right results: a good relationship with customers.

Freshworks' customer support is spot on. It seems no matter when I need help, they are less than a few minutes away from a solution. Freshchat is king! We've even deployed the same support structure on our website (Freshchat) and lead conversion has gone way up. It's nice to see a company have a product good enough to use themselves. I also like being able to achieve the same results for my customers as Freshworks has produced for me without major customizations.

I was able to easily onboard to this system from HubSpot and Salesforce. The features in this system just work. You expect something to operate in a certain way, and it just does. Mail and calendar integration is super easy and really responsive (I used both Office 365 and Google Integrations). I love email templates and sales campaigns, they make working with leads and customers so easy and are not tucked away in a corner.

The UX is much better than other systems, which means my salespeople are more likely to use the CRM, which is a common problem among salespeople and CRM systems.

Freshsales is right-sized for us. It lacks some of the major enterprise features of bigger CRMs; but you also don't have too many features right in the way.

I'm not a huge fan of the field paging UI on leads, deals, accounts, and contacts. I get that it makes it so you can add as many fields as you want, but it's hard to navigate and organize my screen just the way I like it. I resorted to using the Edit screen though, even when I'm not necessarily editing and that works well enough. Definitely not a big deal compare to all the other awesome features.

all most all the competing CRM providers cannot match the price and features that Freas sales...

Saved our company a lot of man hours, and now the company has issued 7.5 hour work day from the overall time saved using freshsales CRM

the one feature that caught my eye was the sales automation tool, which made my life and my team's life better in all ways; we saw a 10% growth through Freashsales alone; our team considers Freshsales CRMas a fellow employee who does Automations.

I would like more options in the sales sequence in the feature, like doing a trial run, getting custom dates on when it should run, etc.

The price vs. features compared to other providers was very competitive as we were a growing company.
Utilisateur vérifié
Rapport qualité-prix
2
Fonctionnalités
2
Simplicité
2
Support client
3
1
Publié le 05/12/2022

Buggy and full of errors

I am disgusted that I spent the money and will not renew, As soon as I am able to transfer my hostage contacts I will move to another hopefully better system.

The software is in the cloud can use it from anywhere

The software is full of bugs, the support people are very helpful but I do feedback on the errors I reported and no fix either. Every day I discover new errors - limitations and bugs in the system. I will not renew my subscription. The worst part for me is the fact that I have been unable to export my contacts from the system - which limits me to go to another system that works more reliable. I am also not impressed that my credit card details are stored by the system. This is actually open to fraud and hacking - so if their buggy system gets hacked then my credit card details are open to the hackers. NOT VERY NICE

Creates unrivalled efficiency for the team.

Outstanding software. Having everything needed in place, all lead tracking, lead generation, marketing and calls, really does the 360 feel freshworks are aiming towards.

Customer support is unrivalled across all other software we have used previously.

I would go as far as saying it’s better than any software or saas support I have come across.

Having too many features to implement quickly!